An inspirational learning culture is the essential foundation of any successful club or team. Bonnet Bay FC has an established culture of members working together to achieve fantastic outcomes on and off the field. This is depicted in the Bombers flying in formation shown on the club’s logo.

There are many benefits to flying in formation – heading in the right direction, sharing the burden and much more.

Culture must be top of mind in all decision making within the club and its teams.

Ultimately the leadership teams in committees, coaches, managers and player leaders must be the custodians of culture and preserve and enhance it.

“To be a WARRIOR CLUB whose Teams, Players and Supporters are defined by the GRIT they apply to every aspect of training, preparation, playing football and off-field activities

…… The toughness of Grit must be balanced with key SOCIAL TRAITS that produce well-rounded, dependable citizens and leaders.”

GRIT is regarded as the single most important attribute in successful people in all walks of life. It is expressed by key traits such as Courage, Conscientiousness, Perseverance, Resilience, Passion, Intentionality and Tenacity

The club creates and maintains an environment:

Our club community is comprised of:

The Bombers in formation symbolises the club community and its individual teams and players “working together for mutual benefit” on and off the field.

Bombers have been proven to perform better in battle when they fly in formation.The Bomber image used is based on the F111 which was the main Bomber used by the Royal Australian Air Force when Bonnet Bay FC was established in 1982. Our establishment date sits proudly at the bottom of the emblem and the soccer ball depicts our primary sport.

Our club motto “Belong … Engage … Grow” sits under the Bombers as a constant reminder to all members of what BBFC stands for. 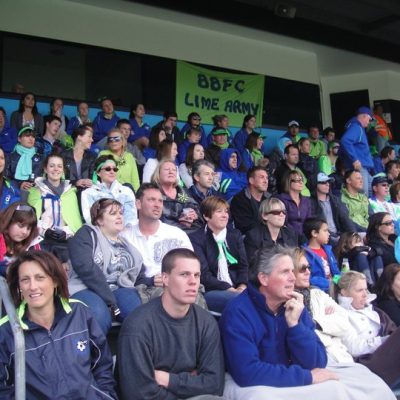 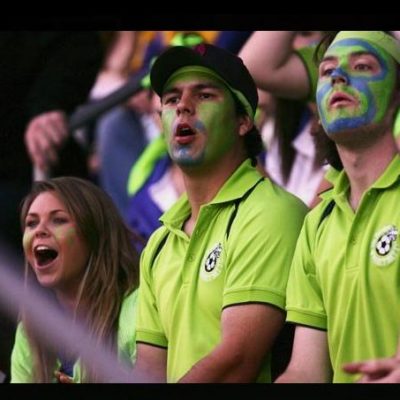 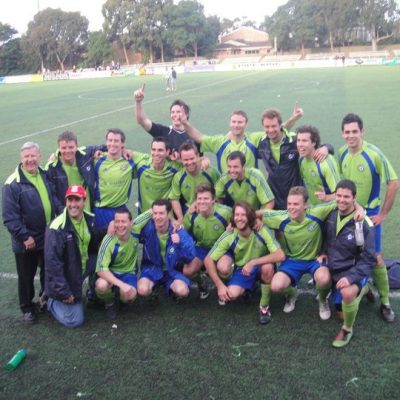 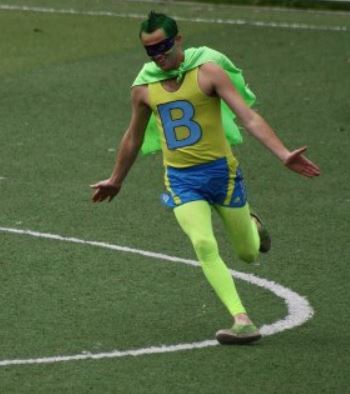 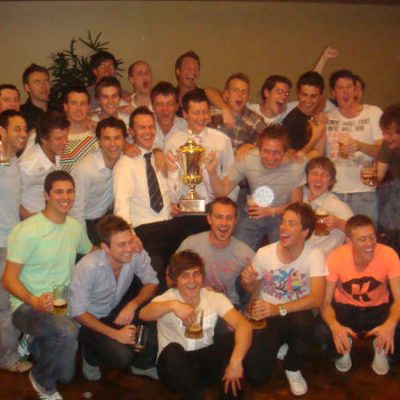 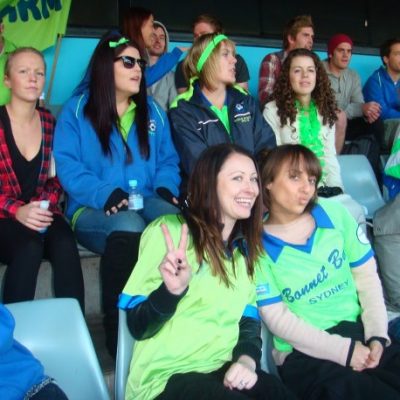 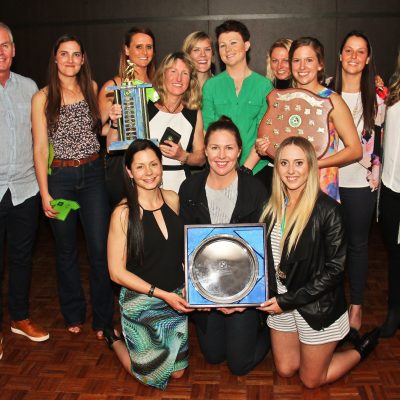 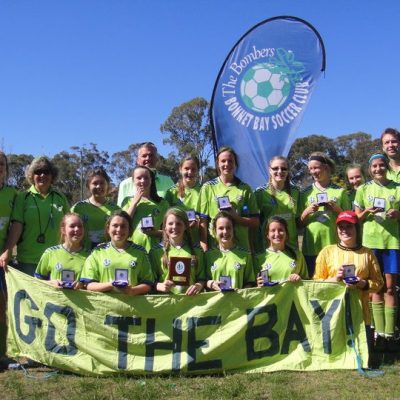 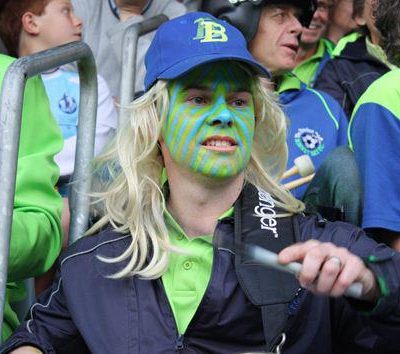 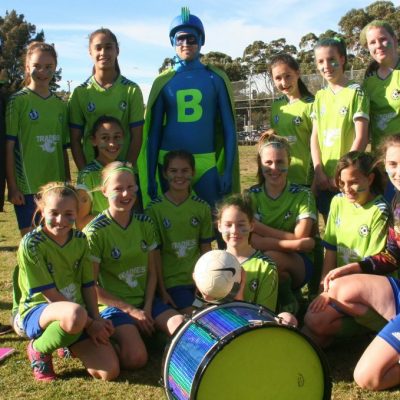 There was a period from 2005 through to 2015 where the Bombers enjoyed enormous success as male and female teams hit under 21s and Open Age competitions with a vengeance. We were represented in numerous higher grade grand finals during this period and our teams attracted a tremendous following which we named the Lime Army

During this time we won premierships in Open Women’s A (twice); Open Men’s 2 (a record 3 consecutive times) and won the highly coveted Harrie Dening Cup as Champion Club in Men’s 1 to 3. We were runners up at various times in Men’s 21A (twice), Men’s Open 3 (once), Women’s 21A (3 times) and Women”s Open A (3 times). There was a lot of lower grade junior success surrounding these fantastic results. In time these players began to populate our lower grade Open teams providing opportunities for players to find a team appropriate to their skill level.

By 2012 Bonnet Bay FC had come of age with the club quite incredibly fielding teams in the Men’s 21A & 21B Men’s and Women’s 21A & 21B comps and the top two Open Men’s and Open Women’s Comps. No other club has matched this accomplishment during the past 20 years.

The Lime Army became known and feared across the shire as it’s influence was at least the equal of having an extra player. Supporters enjoyed the banners, flags, banter, dressing up and the club songs and chants.

The Lime Army has never gone away, but as we see our juniors growing towards another golden era we will resurrect the old songs and chants and create some new ones. You will find them all right here and we invite you to add your own content.

Played from front of clubhouse before every team from 12s and over takes the field. If music unavailable supporters can use the audio file at www.bonnetbayfc.com/lms/culture using a personal device. This method can also be used for away matches.

(To tune of Sydney Swans Theme)

See our “V” across the sky

We are the BOMBERS – do or die

Brothers, sisters one and all

After Loss or in Adversity

I get knocked down but I get up again

You’re never gonna keep me down

We are still working on this but supporters will be able to follow links to access words and/or audio files for Bombers chants, songs and music. We plan for all our supporters to be able to use their personal devices to use this music at any time. We encourage supporters to produce their own audio files and lyrics sheets and send them to us to add to the catalogue.

HANGING OUT AT LAKEWOOD 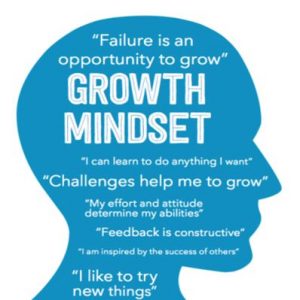 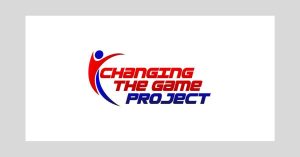 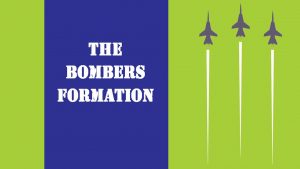 The BBFC Style of Play

Having a defined BBFC Style of Play will help the...
Free
1 lesson
BBFC President 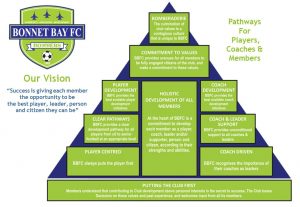 What We Stand For

This short course takes you through the philosophy that underpins...
Free
6 lessons
BBFC President
LP Courses