This short course takes you through the philosophy that underpins the Bonnet Bay FC Academy.

An inspirational learning culture is the essential foundation of any successful club or team. Bonnet Bay FC has an established culture of members working together to achieve fantastic outcomes on and off the field. This is depicted in the Bombers flying in formation shown on the club’s logo.

There are many benefits to flying in formation – heading in the same direction, sharing the burden and much more.

Culture must be top of mind in all decision making within the club and its teams.

Ultimately the leadership teams in committees, coaches, managers and player leaders must be the custodians of culture and preserve and enhance it.

An important player development goal is that we can accommodate players in a team to match their skill level. This means that all players within an age group must  be provided with the opportunity to be graded into the top side where it exists. While players will be encouraged to take advantage of such opportunities they will never be forced to do so meaning the option to play with friends in a lower grade remains available.

Grading is a very sensitive issue with some, however it is essential for the proper development of the players within each age group and a 2018 club survey confirmed the majority of our club’s parents prefer this approach. If we work on the club culture set out here it will become much easier to move players between teams. The club has policies which ensure that every returning player who has met their commitments to the club will be assigned to a team. 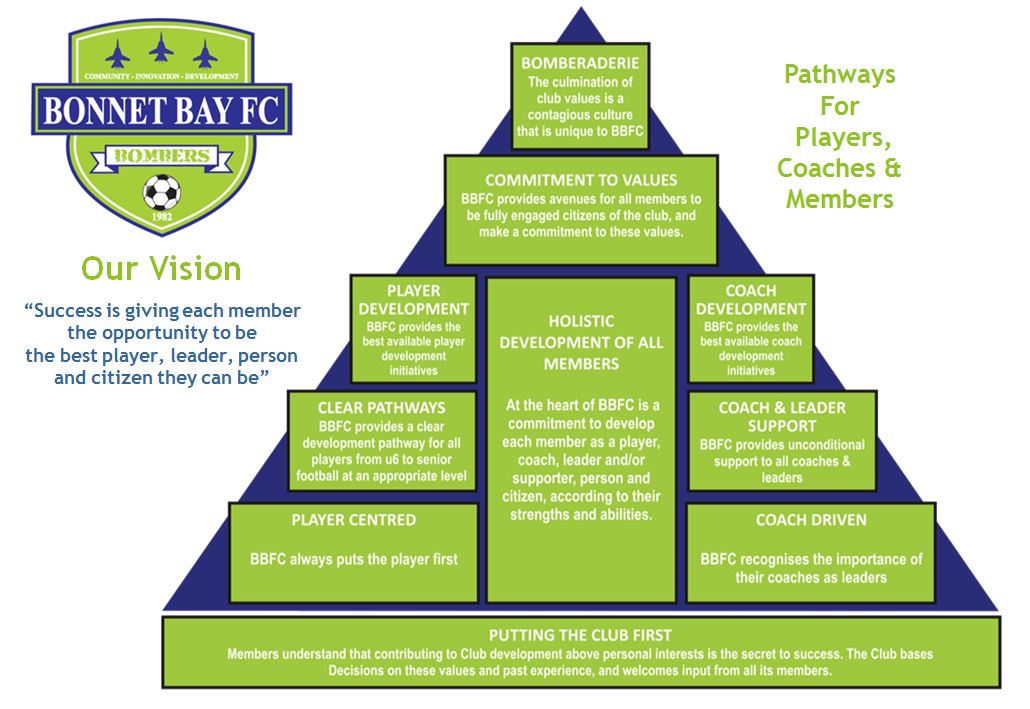